An Answer from Bali? — Money as a Garnish 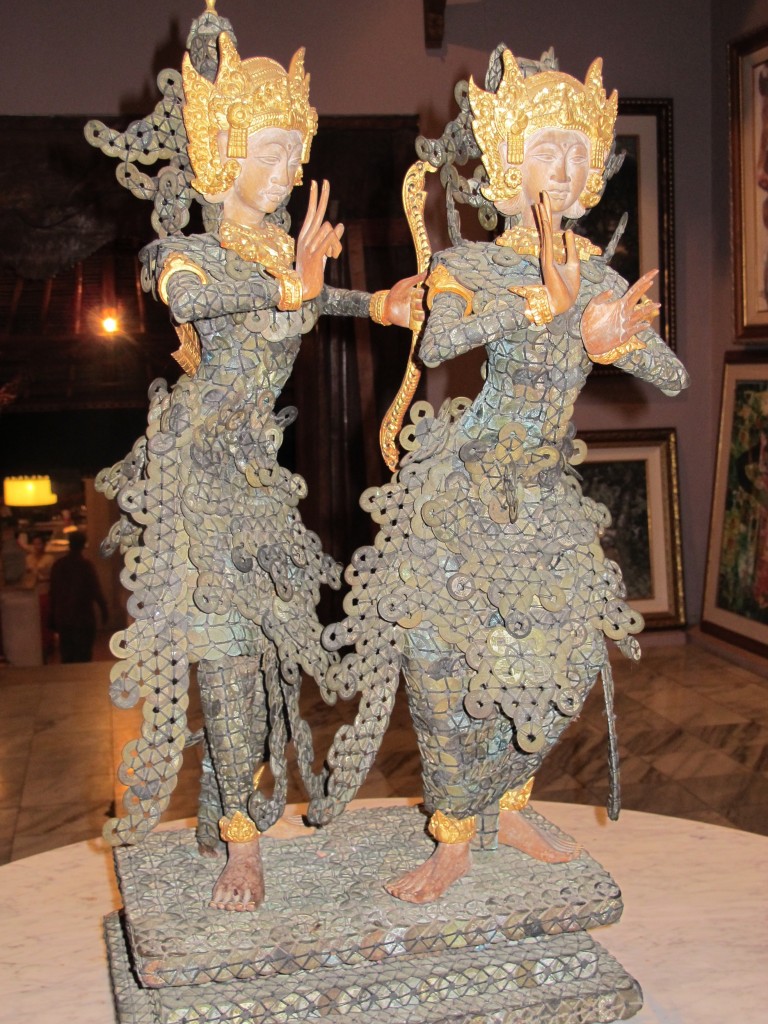 Chinese Coins (round with square hole) Made into a Doll

Up until the mid-20th century, the villagers of Bali mostly did not use money, or at least not for anything real.   They used rice.   Rice has the great characteristics that hording does not work (it rots), you can use it to plant more rice, and you can eat it.     This changed with the foreigner-imposed “green revolution” which is another story, and a sad story.

The Chinese hundreds of years ago tried to introduce money into Bali, and the coins are all over Bali, but they are used for decoration.  The make dolls out of them, or decorate offerings, make jewelry out of them, to dress a 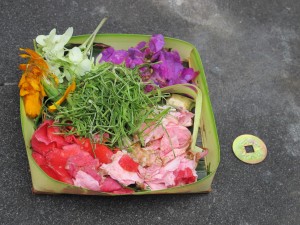 Offering which included a coin

pig for a cremation (see photos below).    But money did not become central to their interactions with others.

For a thousand years, money for the Balinese was a garnish.    I think they are on to something.

Coinage is good for trading with people you don’t trust.  Herodotus writes about the first time he finds coins used (they were not used inside ancient Greece).   They were used in border towns between the Greek and Persian peoples– he wrote that these coins did not lead to good things (great write-up in Buchan’s book Frozen Desire: the Meaning of Money). 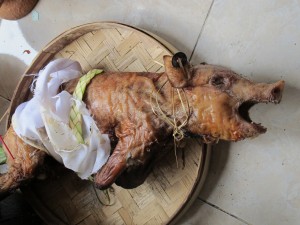 Cremation offering with coin attached to the ear

Coinage was often introduced in order to supply provisions to distant professional armies in the 6thC BC, as reported by Graeber in his fabulous book Debt: the first 5000 years.  This was an ingenious system.  If you were a King and your people mostly lived on giving credit to each other, then if you soldiers arrived in a village, they were not likely to get credit because they were transient and possibly untrustable.  To keep your soldiers from stealing what they wanted they came up with a system.   They gave the soldiers 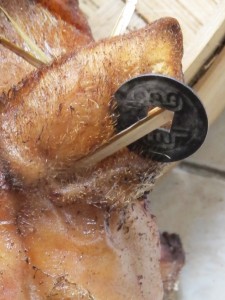 tokens with the kings face them, and then demanded these tokens back from merchants as taxes.     So the Merchants had to get these tokens, the way to get them was to sell things to the soldiers.    This historically corresponds with currency creation being synchronous with the rise of professional armies in 600BC and the surge in the issuance of money with the rise of war debts.

But now bank credit and coinage are firmly linked.   Credit does not have the flexibility it did when it was between family members or community members– it now mostly issued by banks and enforced by police or armies.

What would it mean to treat “Money as a Garnish”? 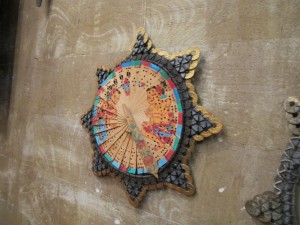 It would mean that the essentials of life would not go through money: housing, food, education, health.    Fun and non-essential things could still go through money– travel, movies from big studios, commercial rock concerts, trinkets from China.      But your essentials would not depend on your continuously winning the money game– it would be secure and reliable.   It would depend on community, friends, and family.    There might be credit systems set up between people, as all social relationships fundamentally are, 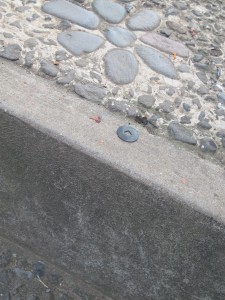 but they could or might now be denominated in the coin of the realm.   Having ones house depend on always having a money flow means being homeless if the money is stopped for some reason.   This is scarey.

Money as a garnish would mean all money would be “fun money”, or “pin money”.    Our livelihood would be secure.

Money as a garnish.   Maybe the Balinese were onto something. 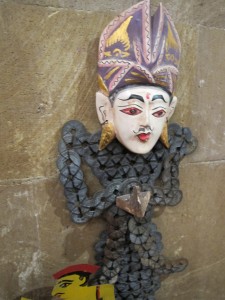 Doll made with mask and coins