I want “Crypto-pay” to be the AliPay for the non-Chinese world — OpenPay! 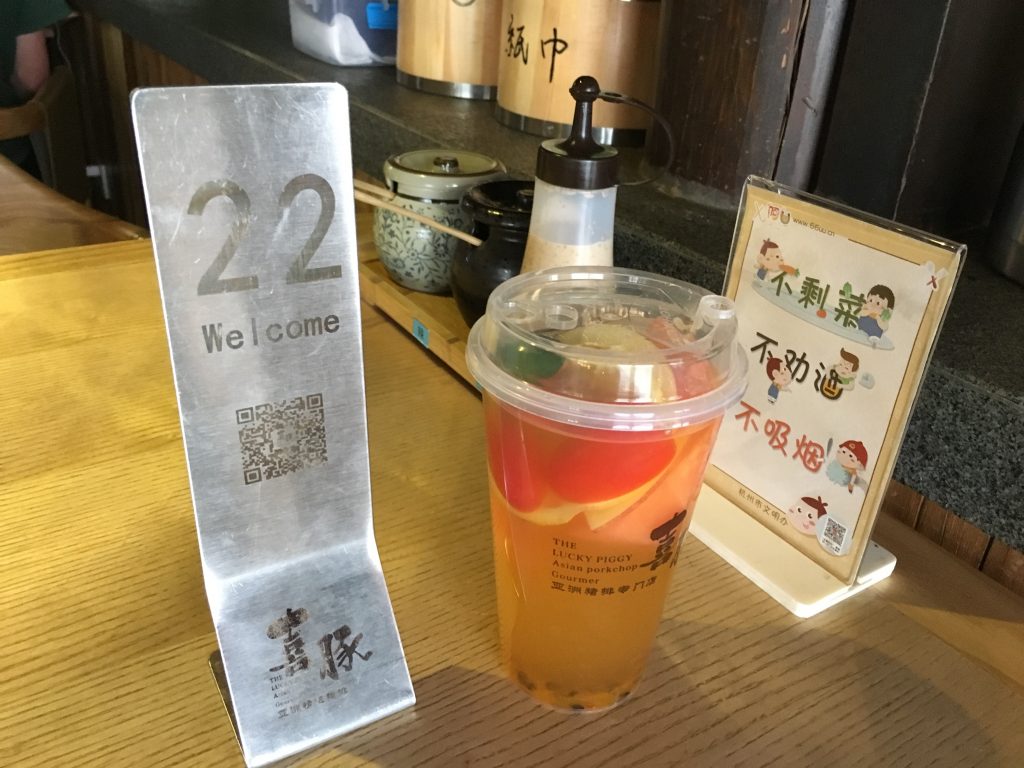 I am in China and AliPay is everywhere.  With your smartphone (which everyone has at least one of) you scan the QR code at convenience stores, in your taxi, at the subway, anywhere– to instantly pay for things.  Many people do not carry cash anymore. AliPay, a service of Alibaba the massive Amazon-like company, and wechat-pay, backed again by WeChat, is almost the only way people pay for small bills and large. 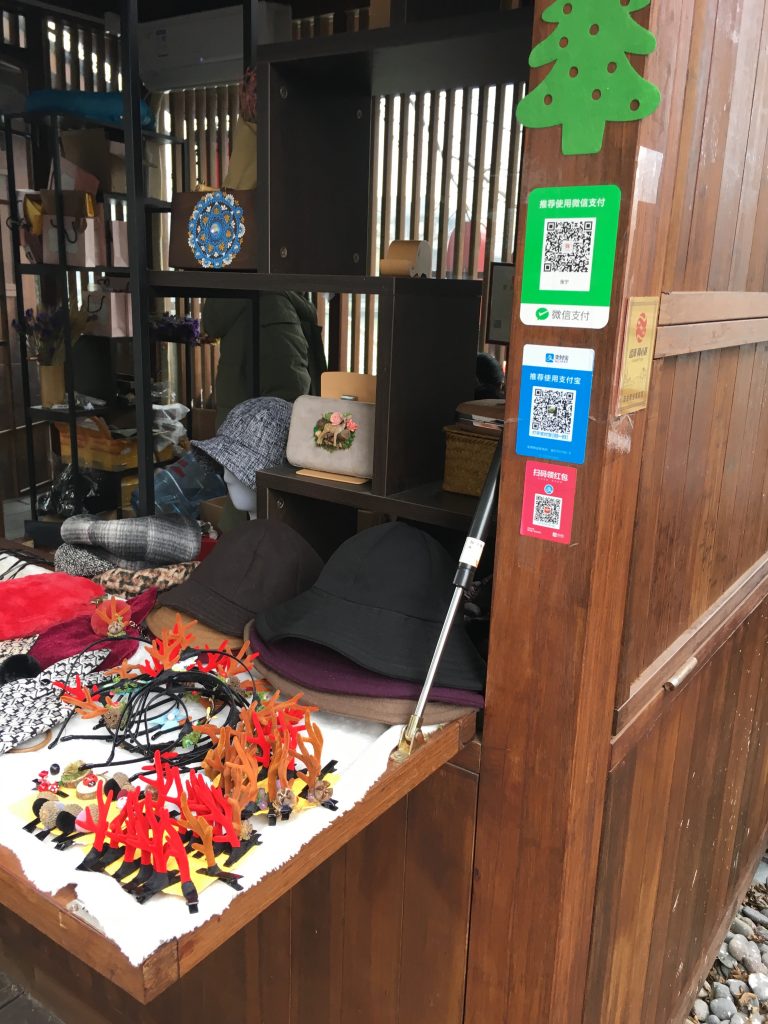 But it is more than just a convenient credit card system in a land that did not go to credit cards. AliPay seems to have very very low payment threshold making new businesses possible.

Every restaurant in Hang Zhou I have been in has a phone recharging station full of batteries you can rent for free for the first 30 minutes, and 14 cents/hour thereafter.  So a typical charge is 14 cents, and it is still profitable to make a business around this. Visa card fees are often a minimum of 30 to 50 cents, so charging 14 cents would not work.

Rental bicycles are everywhere here.  Unlike the states, they are not in big theft-proof 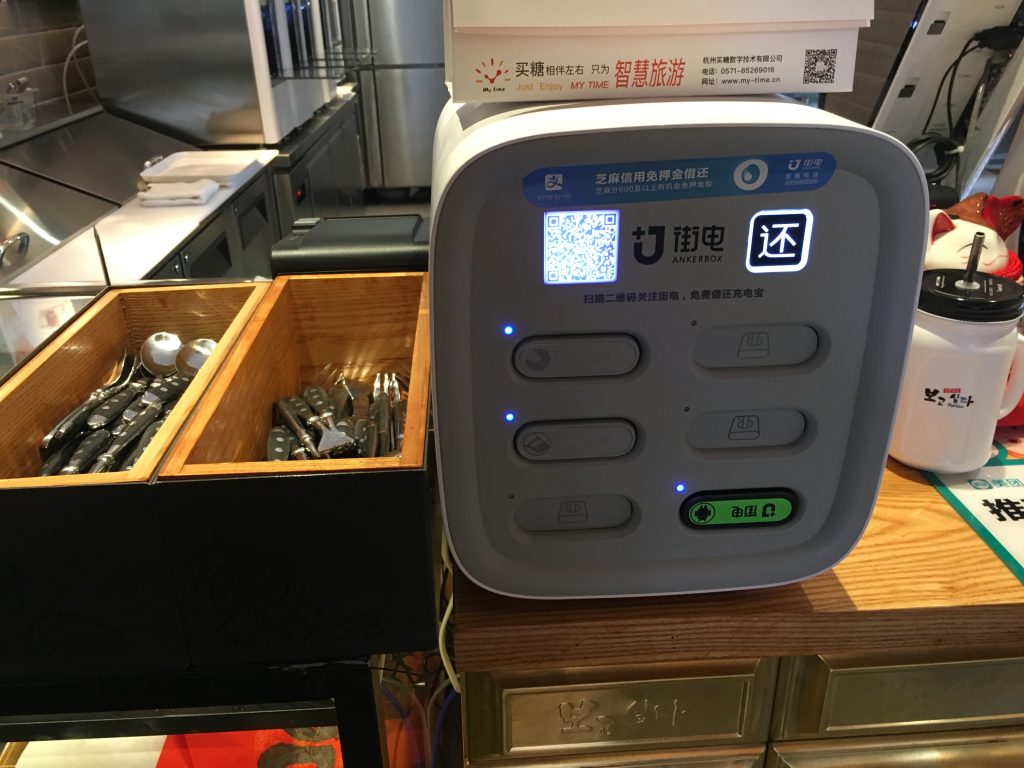 docks, but rather are basic bikes that lay around everywhere.  Every street corner, in front of most restaurants, everywhere.   You scan the code on the bike which unlocks it, and off you go. People subscribe to one of the many companies that have bikes everywhere, 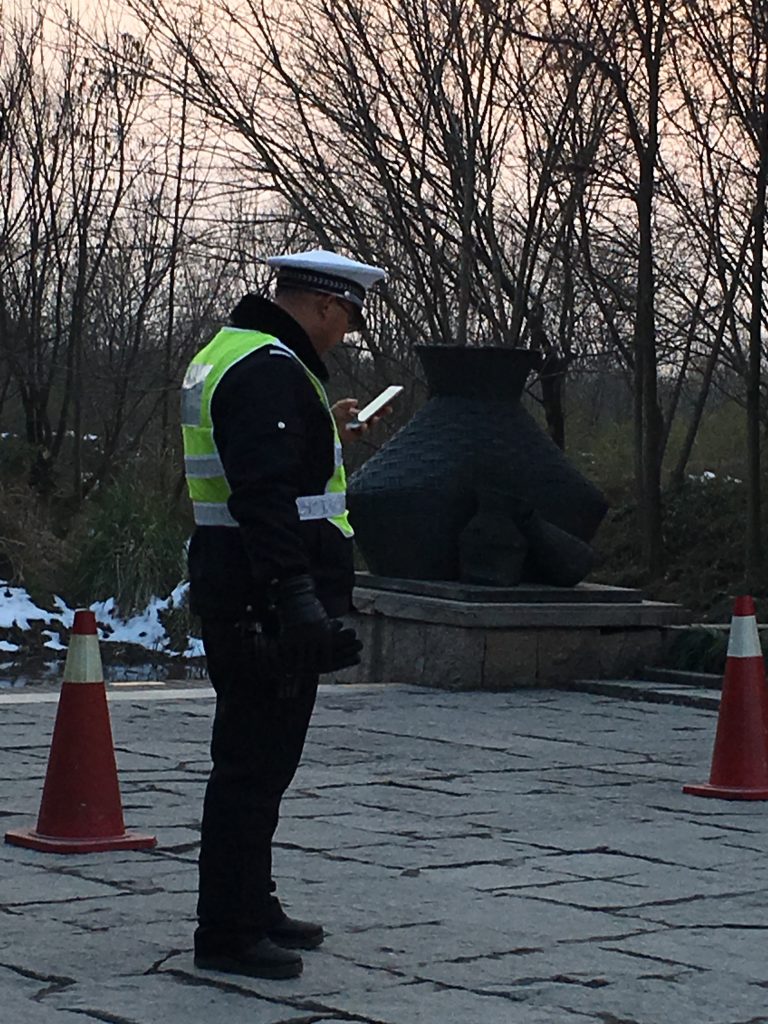 and it costs $28/year, and most rides are free (unless you keep the bike longer than the normal hour or so, and which case it costs 14 cents per hour).

And the rental bike companies are private, not city subsidized.  This means there is 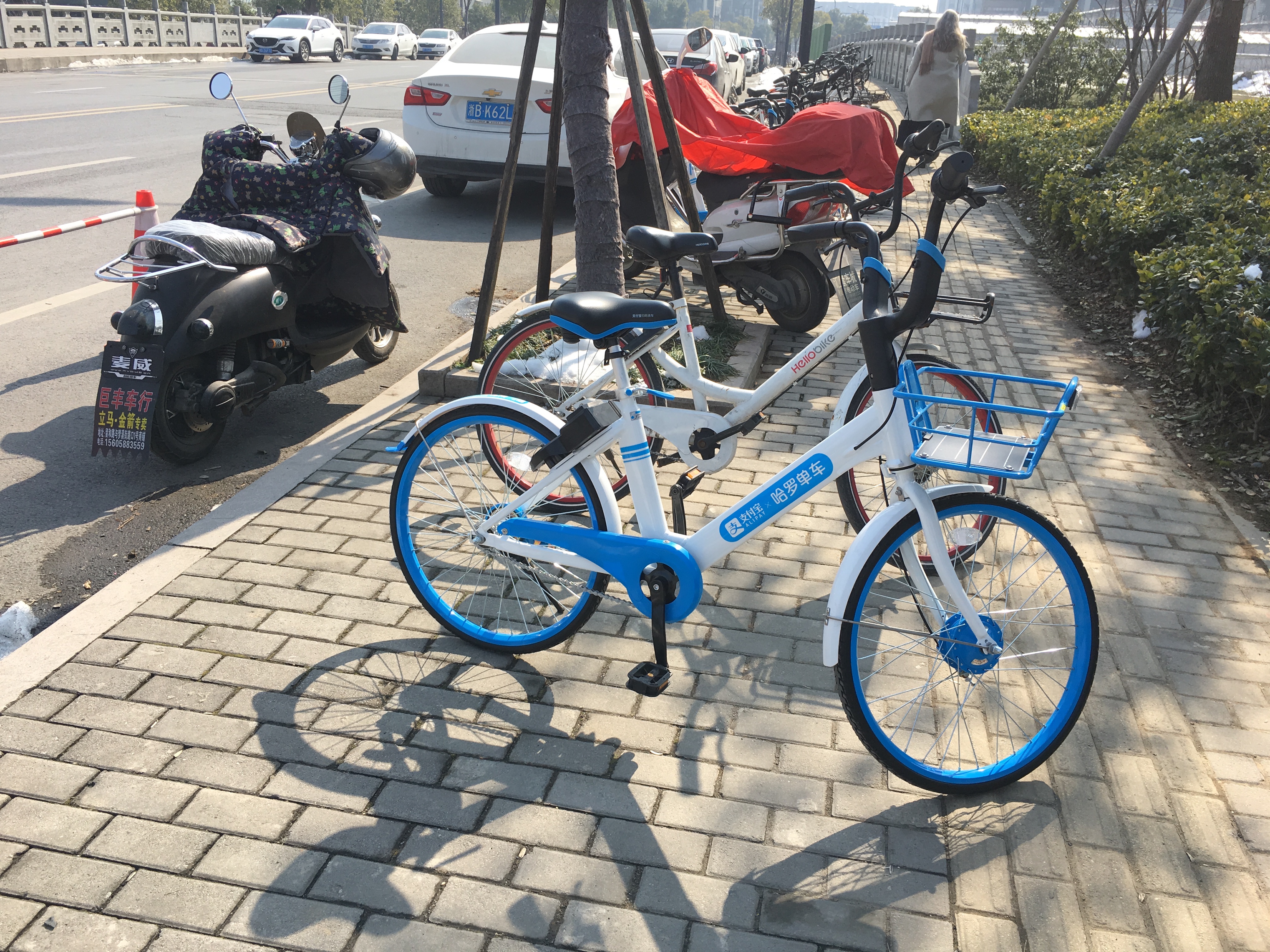 competition and as I said, they are everywhere. The payment system is only part of why this works (also the bikes are inexpensive and there is enough trust that these do not need to be locked down).

there is a privacy trade-off to how this is done.  Alibaba knows everything you pay for, everywhere you go, and can infer everyone you socialize with. They are explicit about this and display your “social credit score”– how trustable you are based on datamining this.  This score shows up on your phone. This score is being used by lenders to figure out who to lend to, by landlords to figure out who to rent to.  And the government is looking to use an extension of this to figure out how good a citizen you are.  This is super creepy to Americans, and to some Chinese who will be frank.  Many Chinese do not see the problem with this, or at least will not say so to a visiting American.

Apple-Pay and Google-Pay have launched, and I guess that means Amazon-pay will follow.  Combined with Apple’s convenient fingerprint reading log-in system, and now facial recognition, your phone is your “PIN”, your personal identification number.  And your phone is bio-metrically fixed on your real world identity. Already Apple or Google, app companies, and your phone company know who you socialize with, much of what you say to them, and soon everything you buy, where, and with whom.

This can go very wrong.    But, there could be another way:

Introducing Crypto-pay! (boy, do we need a better name than that– “Open-Pay”?)

Imagine Ali-pay but as an open system, and a private system, and competitive system. Fortunately we have many of the pieces already to do this, but it has not been done.

Crypto-pay users would have apps on their phone and merchants would have QR codes.  The QR code encodes a web URL for that store, this could be as simple as a bitcoin address, but it can also be a more complicated little web app to handle the rental bikes or rental batteries.   The App on the phone would ask the user for how much money to pay and they punch it in, hit confirm, and the store’s cashregister (which is a phone) instantly says “paid.” The store does not need to know who paid them.

Lets take another easy app for Crypto-pay– paying in a restaurant– you could get a paper bill which is a QR code on it that encodes the store name and the amount.  Scan, confirm, presto– paid.   Or, as most restaurants here in China do, you scan the QR code on your table, it brings up a menu on your phone, you pick what you want, they bring it, and then at the end you say “confirm” and it is paid for.  No paper menus, no waitstaff taking the order, no paper receipt.  Living in the future.   But with Crypto-pay it can be as private as paying with cash.

The particular Crypto-pay app on your phone could be one of many competing applications that come from multiple vendors.   I use BreadWallet on my phone (disclosure: I have a tiny investment in that company) which makes spending bitcoin really really easy.  But as we have seen Bitcoin’s transaction fees and delays make it inappropriate for this application.

So bitcoin may not be it, but imagining a system that has sub-penny transaction costs for tiny transactions (and maybe higher fees for larger transactions) and a few second transaction times is not impossible technically.

So an open and competitive system– with lots of players providing merchant services, lots of players creating user apps, even with different block chain technologies is possible.

But will it happen?  It starts with imagining a future with lots of winners, and then getting a level playing field to do it on.  It will require Apple and Google to not lock out apps of their stores that rival apple-pay and google-pay (or maybe we could do it completely with web based phone-apps, but lets start easy).  It will require regulators to not be heavy handed as they have been with bitcoin.   It will require investment in startups, it will take neutral organizations to help with standards.

Hard to accomplish, yes.  But just imagine– a system that has the combined benefits of cash and debit cards.  And not creepy.

I want it, anyone else?

4 Responses to I want “Crypto-pay” to be the AliPay for the non-Chinese world — OpenPay!